PLANNING AHEAD FOR HARSH WEATHER

Those who have spent much time in or around the Sonoran Desert come to anticipate the monsoon season as a familiar part of late summer. It typically arrives sometime after about mid June and may last through the end of September. The dry heat is replaced by high humidity, and there can be some spectacular displays of lightning and thunder. Unfortunately, they also leave in their wake many badly damaged trees, sometimes also resulting in damage to property. The intensity and areas of where storms strike are unpredictable, but some form of a monsoon season comes to Arizona every year and so homeowners have little excuse to feel surprised. The good news is, there is a lot of preparation you can and should do to greatly diminish potential storm damage to your trees. Do not wait until after the monsoon is already underway before thinking about the safety of your trees, property, and family. Practice proactive tree care! Any money spent in preventive maintenance of your trees would most likely be dwarfed by the unexpected expense of a tree that falls down in your yard, let alone atop buildings, cars, fences or other structures that would be expensive to repair. An ounce of prevention is worth of pound of cure! Once a tree is badly damaged, there is typically not much that can be done to fix it. As stated on the website of a group of specialists based in Nova Scotia: “Once a tree is removed it takes years to grow back and we may never see it replaced in our life time. Remember, trees are an investment in our future.”

The term “monsoon” derives from the Arabic “mausim” meaning “season” or “wind shift.” It is, quite literally, a shift in wind direction that causes the meteorological event. During the winter, Arizona’s wind flow comes from California and Nevada. During the summer, wind directions shift. The wind then comes from the Pacific Ocean and Gulf of Mexico, bringing plenty of moisture along with it: up to one-third of Arizona’s annual rainfall! It is this wind shift that puts into motion the roughly three months of not just rain, but also dust storms, violent thunderstorms, and even tornadoes in rare cases. Especially damaging are “downbursts.” These are strong “vortex rings,” characterized by a vertically rotating circle of air. At the base of a downburst are heavy outward bursts of wind near the earth’s surface. Depending on their size and duration, a downburst may be called a “macroburst” or a “microburst.” It is this wind of the monsoon storms that causes the most storm damage to trees in Arizona. When preceded by heavy rain, a tree may be even more vulnerable to heavy winds, because in soil that is overly saturated, even a tree with healthy roots has a weaker hold. In this case, the bulk of the root system will become exposed if the tree falls over.

IS YOUR TREE PREPARED FOR STORMS?

FEMA (Federal Emergency Management Agency), which is a branch of the U.S. Department of Homeland Security, states that “Three-fourths of the damage that trees incur during storms is predictable and preventable.” Your trees will receive the best care from a Certified Arborist — a professional who has been certified by the International Society of Arboriculture (ISA). Through experience, they can quickly recognize potentially hazardous defects in a tree before they become major threats, and typically go unnoticed to most everyone else. If left to worsen, these defects can lead to branch failure, splitting, or loss of the entire tree. Keep in mind, though, that it is not only your arborist’s responsibility to care for your trees. If you are unsure, please call us! One of our Certified Arborists can offer you a free assessment and suggest measures that can be taken to increase the chances that the trees in your yard are able to withstand heavy winds. There are no guarantees, but if your trees and property hold any value to you, it is worth any effort to “storm proof” them as much as possible. Don’t procrastinate! Summer is the busiest season for tree companies in the Phoenix area, so if you wait until July, it may be hard to get the necessary work done in time.

PROBLEMS TO WATCH FOR BEFORE THE STORMS ARRIVE:

•    Dense canopy: Can you see some sky through the tree? Keeping your trees thinned out is the single most important thing to do to minimize chances of damage during a storm. Quite simply put: the thicker a tree is, the more susceptible it is to damage in heavy winds. Even for a tree that is otherwise perfectly healthy, overly dense foliage poses a safety hazard during stormy weather. A dense canopy will not allow the wind to easily pass through, and the resistance to wind can cause branches to break or even bring the entire tree down. This especially applies to weight at the ends of branches, which is why stripping only the lower parts of the branches is not adequate (and leaves the tree with a funny lion-tailed look). Prune annually (or every two to three years, depending on the variety) even while the trees are still young. Having your trees trimmed by a professional who understands healthy tree structure is your best bet for avoiding problems.

•    Root problems: Roots are a tree’s anchor in the soil. Problems such as stem-girdling roots, while generally harder to detect, have the most impact on a tree’s inability to stay upright. If a significant portion of a mature tree’s roots have been crushed or cut, or if the tree is still root-bound from the box it came in from the nursery before it was planted, you may consider removing the tree before Mother Nature removes it for you (without any warning). Weak roots and a thick canopy is the deadliest combination during a storm. Avoid excavating around roots. If some excavation is necessary, take measures to minimize cutting or any other impairment of the roots. Water, mulch, and fertilize the trees regularly and properly. Prevent the soil from becoming compacted. Plant new trees with their mature size in mind. Do not plant in shallow soils, too close to buildings or wires, or in steep banks. Some trees are more brittle and susceptible to breaking. Do your research before planting to save yourself the headache later (pun intended).

•    Cracks or included bark: clear indication there will be splitting & branch failure sooner or later.

•    Dead wood: brittle & therefore unpredictable because it cannot give under pressure like living tree branches.

•    Pests: exacerbate a tree’s health problems, but they typically target trees that are already sickly.

•    Poor tree composition (branch structure): excessive leaning, long horizontal limbs, crossing branches that rub against each other and create wounds, and narrow crotches (V-shaped instead of U-shaped). Multi-trunked trees need special attention and care. Two trunks or leaders that are of identical diameter and have a tight, narrow crotch are not a good sign. To prevent splitting, choose one to be made dominant by stunting the growth of the other through pruning (called subordination). Poor structure is harder for the layman to identify, so a trained Certified Arborist can catch what you don’t see. Also, NEVER top trees! This common but incorrect practice leads to very poor structure and guarantees eventual failure of branches.

CLEAN-UP AFTER THE STORM

If storms have hit your area and your trees have suffered damage, it’s cleanup time. Some storm damage debris may not be urgent unless there are large portions of your tree obstructing public roads or causing safety hazards, in which case please call us as soon as possible. The promptness of our response will depend greatly on many factors, including how widespread the storm damage has been. If there is any damage to property besides the trees themselves (rooftops, cars, fences), document it as thoroughly as you can, including photographs, and contact your insurance company right away. Most insurance companies will compensate you ONLY for the cleanup work involving damage to the home, fencing, vehicles and other structures on the property, so will want extent of the tree damage clearly itemized to reflect this. They likely will not care about the loss of the tree itself, but it is up to you to inquire about such details when filing a claim. If there are certain requirements, please let us know so as to maximize your reimbursement and minimize the financial repercussions of the property damage caused by the storm. Once a tree crew is out, the cleanup work typically goes very quickly, since there is no climbing required for a tree already on the ground. The crew will do a lot of cutting up, chipping brush & then haul away the wood and debris. If the storm has been particularly severe and schedules are backlogged, certain less-hazardous, lower priority tasks (such as stump grinding or removal of some of the large rounds of wood which has been already cleared out of the way) will sometimes need to be completed on a later date. Strictly focusing on storm damage response, a conscientious tree crew will be sure everything has been made safe for the public and for your family before moving on to the next urgent storm damage call. 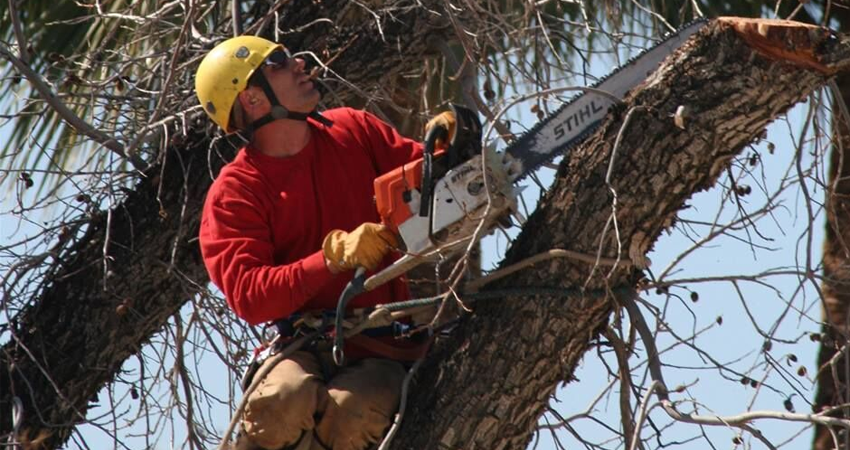 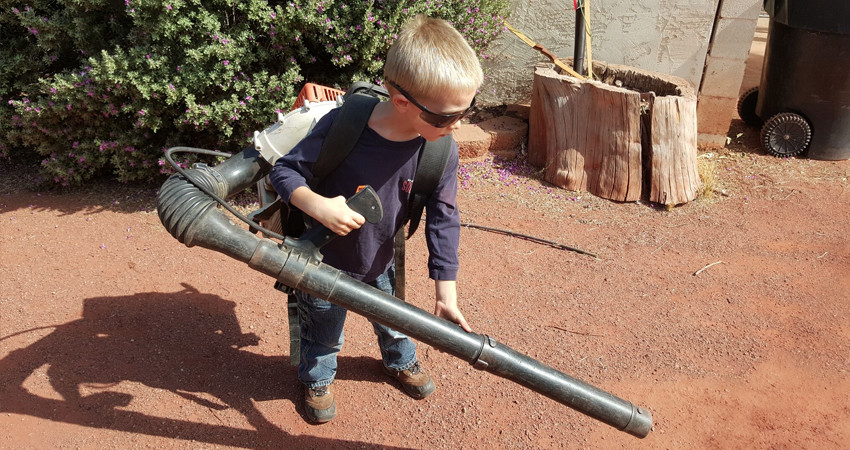 Key Benefits of the Service

You can always rely on us for:

Request a Call Back