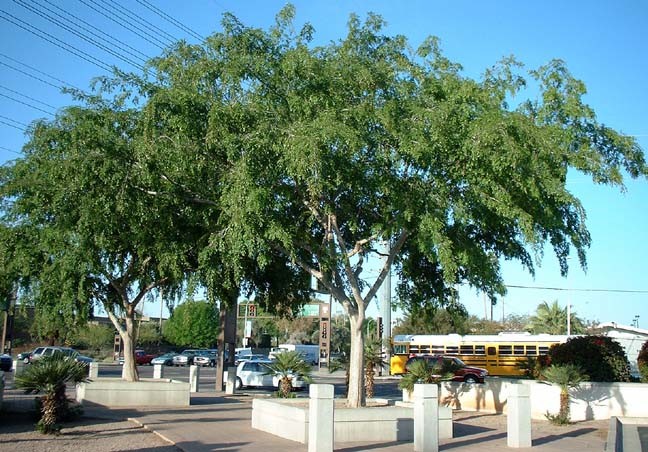 The French author of ‘The Little Prince’ Antoine St. Exupery, notes: “It is too much to expect to sit in a shade of an oak this evening when you only planted the acorn this morning.”

As the manager of an Arizona tree company over the last several years, just the idea of a tree that grows rapidly gives off a little bit of a negative picture. Born and raised up in the Tempe/Mesa area, where my paternal family are natives of Arizona going back several generations. In learning more of the urban sprawl which has characterized this general area, and also by personally witnessing all of it during my lifetime still leaves my mouth with a bad taste. With that said, if I were asked which of the palm trees grows most rapidly, the first thing that would come to mind would if their main intention is in quickly boosting the value of their property. It’s natural that a landscaped yard that includes full grown trees is going to increase the value of one’s property. It seems that people never live in the same place as long as they once did, which makes it difficult to believe they ever devoted much time (if any) into the trees they had in their yard, not even to benefit from a future buyer. Now a day’s, it seems that having a “Heritage Tree” is now only a myth.

However, planting trees that will grow rapidly is not just motivated by the property’s value, it can also be for the gift of shade. It was Warren Buffet that once noted, “It has been noted by Warren Buffet that, “Today, someone was able to be under a shade due to another planting a tree in their past.” It is only natural that one would want to have a little shade when they live where there is only the climate a desert gives to you. It is also natural that they would want this shade as quickly as possible. As far as growth rate goes, there was this article about the ‘Arbor Day Foundation’ website which stated, “Species that tend to grow the slowest, also tend to live the longest.” There seems to be some sort of natural compromise in this saying. Below, there are several trees listed that were taken from the Houston Chronicle’s published article which the author warns people that, “It is crucial to gather as much information on the tree you are planning on planting beforehand, as many of these types of palms that are fast growers are later on going to be trouble later on. The wood could be weak, making them prone to getting diseases and infested with insects. However, there are a few exceptions, so be sure to gather all the information available before you plant.”

Below is a list of fast growing trees, with the first couple listed being the most appropriate for the Phoenix, Arizona’s climate and the areas soil conditions.

The following are examples for the trees which are known to be fast growers:

Alternatively, several examples of the slower growing trees grown around the Phoenix, Arizona area are as follows: The Live Oak, Mangosteen, Desert Ironwood, and the Chinese Pistache. In fact, there are many more, with all of them having their advantages and disadvantages, it all depends on what it is you have planned for your yard. I do hope that this article on Arizona’s fastest growing trees has been beneficial to you in one way or another. If you received nothing out of this article, at least hope that you now understand how important it is to research before buying a planting your new trees. It’s always best to know a head of time what it is your looking for and what your expecting from it, in order to be successful. Now that it has all been summed up, I will end with an old Chinese proverb: “The best time to have planted a tree would have been about twenty years before now. However, your second-best time would be now.”

If you are searching for tree service in Scottsdale, Mesa or Tempe, Liberty Tree Experts can help! Get a free tree service quote by giving Liberty a call today at 480-482-9374.